We are very excited to see ON THE SPARROW has been racking up accolades in various screenplay competitions. 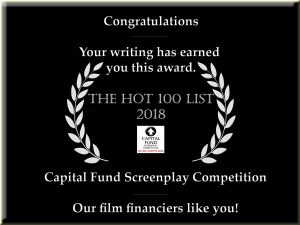 ON THE SPARROW also made the TOP 32 of the WriteMovies 2018 Spring Screenplay Competition.

And here is another placement in another competition 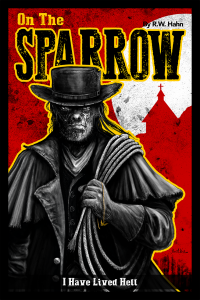 “On the Sparrow” is a gritty Faith-Based Western.

I worked hard to make sure SPARROW is authentic and realistic, including dialogue, and the history of what was going on in the US at that time.  So I hope the mood and scope of what I was trying to accomplish comes through while reading it, which is visually and orally capture the raw grittiness of the people, places and time frame of the west.

Joseph Wraith, my brother, as he does with all my scripts, has come up with the Poster for it and this wonderful page…..His work is always genius and truly captures the heart of my stories.  Thank YOU Joe!!!

For more of his amazing work or to contact him:

A preacher in 1880’s Colorado who rejects his calling to become a bounty hunter after his wife is murdered and child abducted, comes to realize that is not God’s plan for his life.

This is not a good vs evil story but a good and evil story. An exploration of a man of faith losing everything (Job like)  and how sometimes bad things happen to good people and wicked people appear to prosper off of others. I deliberately gave both storylines the same amount of time intertwining them until they finally crossed paths. So for me it was critical to flesh out both stories in a slow burn at times pace.

From a spiritual perspective there are no coincidences. Sparrow having gone away from God’s plan for his life and failing his one objective to find his son he comes to the realization he can’t do life without God. Its at this point that he humbles himself, asks for forgiveness and for God to bring him his son back if possible. Little did he know God was already answering his prayer setting in motion their reunion, albeit not exactly how Sparrow would have drawn it up. Thus Sparrow has one more test to pass. Forgiving or vengeance before he can finally be with his son.

In contrast, Foster and Sassy represent the two thieves on the cross on either side of Jesus. Indeed Foster even likens himself to the one who received redemption whereas Sassy being the other one, did not. Thus,  for me it was important to give both stories the same amount of weight because as the title says taken from a song, His eye is On the Sparrow. God was not only watching over Sparrow but Foster and Sassy as well. Only one accepted His forgiveness and the other (Sassy) rejected it.

I’m excited to announce On the Sparrow made the 2018 HOT 100 Winners list for the Captial Fund Screenplay Competition!

From all of us at CFSC,
Congratulations!
“It’s hard work that creates change.” Shonda Rhimes
Your creativity and effort stands above the rest. It’s time to let others know your work has been recognized from a field of so many from around the world.
You made the Capital Fund Screenplay Competition 2018 Hot 100 List! Feel free to print out, frame it and display your win or share the attached graphic online. Post it, tweet it, blog it – you deserve it!

The Hot 100 List from each year goes out to investor partners domestically and abroad and is included at investor meetings at the major film markets year after year. If there is particular interest in your project investors will reach out to you directly. Let us know if you get any bites. Best of luck with any interest now or in the future.

Thank you and congrats again!

Compiled from this competition, a list sent to buyers and financiers around the world of the one-hundred most interesting scripts and their corresponding loglines, writer names and direct email contact.

I hope this leads to a production deal! 🙂

This latest version incorporates many great notes and feedback from the readers of www.scriptshadow.net  as well as Carson’s review during Amateur Friday Weekend. And from the citizens of www.talentville.com in which their review ratings have put On the Sparrow in the TOP 3 for March 2018 and subsequently given the GOLD MEDAL as the number one script of the month with a verdict of “CONSIDER” by the professional reviewer.

Several of the arguably greatest directors of all time from John Ford, to Sam Peckinpah and Anthony Mann have aptly demonstrated the powerful mythic themes the classic Western can explore at its highest levels. While the current draft of On the Sparrow does not yet reach these soaring heights, the scope and scale of it ambitions place is at the same level, with very capable execution, well-crafted characters, and authentic period dialogue. The religious themes, while a bit heavy-handed at times, do contribute a sense of import and added dimension to the story and its characters that elevate the material beyond a simple revenge plot.

A great song by Mercy Me called “Even If”. I picture this song with a montage at the lowest point in Sparrow’s journey where he is finally ready to turn back to God, no matter what His will is. The thing that amazed me about this song and one of the reasons I think it fits perfectly for the film is the last line in it. “It is well with my soul.” That is the running theme song in the story and in fact Sparrow himself sings it in this scene. I’d written this script before I ever heard this song and to have it talk about going through the fire, and God has been good to me all of my days, and finally that last line.

Here are some possible locations for the Town of Dolor..Ghost towns now….. 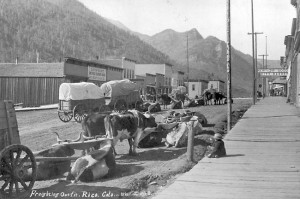 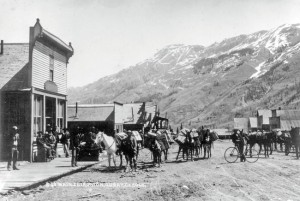 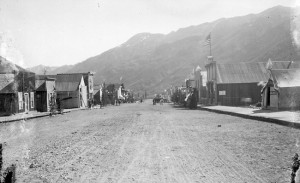 Blessings, and thank you for your time,