We just received an email congratulating Oasis for being an Official Selection of the Horror Bowl Movie Awards 2020 Horror Genre. 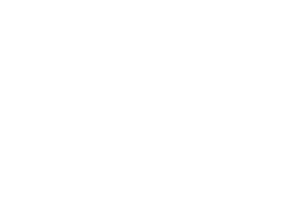 OASIS  gets into the TOP 35 of the StoryPros Screenplay Competition 2019 Semi Finals!

Hello Randall,
After careful deliberation we would like to announce that your screenplay,  Oasis , has won Best Screenplay in the Horror category overall in the 9th Season of the Table Read My Screenplay – Screenplay Contest (Hollywood)!  We wanted to personally email you with an excited and heartfelt, CONGRATULATIONS!
We look forward to sending you more information on your prizes, but remember the biggest prize of all is that your passion and drive for your project has brought this recognition!
You may view the results at
https://tablereadmyscreenplay.com/winners-hollywood/
Way to go, and thank you for your great talent!
Sincere regards,
The TRMS Staff
Table Read My Screenplay
www.TableReadMyScreenplay.com 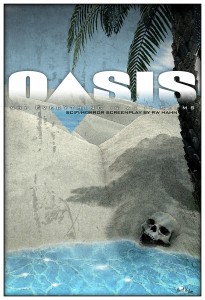 If anyone is interested in PRODUCING this script or any of the others on this site, please feel free to contact either Alan Yott or me through this website…

A vengeful scientist desperate to kill the elusive desert monster that maimed him years earlier, needs it to eat an unwitting team of soldiers and scientists he uses as bait to lure it into his underground facility before it disappears.

A vengeful scientist bent on killing an ancient monster that destroyed his life must get it into his desert facility before it disappears for another seven years. To draw it in, he hires a rag tag team of soldiers, scientists, and college students under the guise of locating hard data on a rare blue diamond formation.

Coldly referred to as “breadcrumbs”, the men and women are unwittingly used as bait embedded  with “micromites” designed to provide tracking of the monster once it eats them.

Promised wealth beyond their imaginations if they succeed in bringing back the data, the team must survive flying scorpions, Anubis baboons, a skinless torso, ancient Nubians, all the harsh elements the desert can throw at them, and each other, not to mention the hungry behemoth.

I hope whoever reads it thoroughly enjoys it….It is a Sci Fi/Horror along the lines of the John Carpenter movies of the 80’s….The Thing, and  The Fog. As well as the ’90’s Kevin Bacon franchise cult monster horror film TREMORS that, itself, pays homage to the SciFi/Horror low-budget desert films of the 1950’s.

Along with those movie comparisons, OASIS is actually a re-imagining of the Classic Novel MOBY DICK by Herman Melville in which a psychotic Captain Ahab hires a crew and goes to sea seeking revenge against the giant “white whale” that destroyed his last ship, killed his crew, and severed his leg at the knee.  But instead of this being on the ocean, OASIS is set in the Libyan Sahara desert, and instead of it being Captain Ahab it is Doctor Ahab the mad scientist and owner of the Blue Diamond Corporation specifically designed to help him exact his revenge against, not a “great white whale” but a great “ancient leviathan” of a different kind.

As always, I appreciate anyone who has taken their valuable time to visit this site, and read my scripts.